Providing stellar park and recreation experiences to our community is essential to who we are.

We take pride in our well-landscaped town, organized events and in the maintenance of the beloved spaces where family and friends often visit together. Our parks are where life thrives and where fun begins. 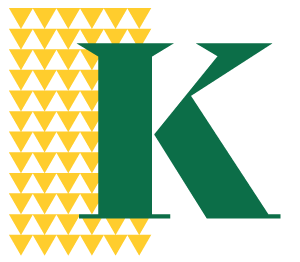 Located near the R. Steven Ryan Memorial Community Center in the heart of our town is Batton Park. It features a gazebo, playground equipment for children, and a grassy field for sport enthusiasts to move around and get their heart rate up!

Further down the road in Kentland is Cast Park. It’s located near the Pennsylvania Railroad Depot. Features a catch and release fishing pond and fantastic walking path. Equipped with a large shelter area, it’s perfect for family parties, celebrations or resting after a run in the sun.

Our season runs from Memorial Day through the beginning of the school year. When it’s properly staffed, there’s always the possibility that it can stay open through Labor Day.

Blue Devil Lagoon is a summertime oasis that’s located directly next to the R. Steven Ryan Memorial Community Center. Families and friends flock to our pool for a relaxing day in the sun. Whether you’ve come to do cannonballs or work on your summer glow, you’re always welcome to enjoy a fun-filled day with us.

Two depots existed in Kentland, one for each railroad line.

Kick back, relax and enjoy a fun history lesson! The NYC Depot located on West Dunlap Street was built in 1905 and dismantled in 1976. It was then re-located to Sarasota, FL, where it’s now the site of a restaurant named Station 400. The PRR Depot located on Seymour Street is estimated to have been built in 1852. The original PRR Depot was eventually relocated to the Indiana and Illinois state line in Effner, IL sometime around 1912. In 1912, the “New” PRR Depot was built and was retired in the 1940’s as a passenger station. When 1986 rolled around, the Pennsylvania Depot was once again moved to its current location at 2911 W. 1500 S., Kentland. It’s adjacent to one of Kentland’s great parks, making it the perfect location for family reunions, birthdays, graduations and showers.

In 1966, students ranging from seventh grade to seniors moved out to South Newton High School, and kindergarten through sixth grade remained in each town’s school until 1996. At this point, Kentland, Brook and Goodland town schools were closed and all grades K-12 were located at the South Newton campus.

Additional Rental Days
Set-up and tear down $100 per day.

The Don Pauly Memorial Basketball Court can be found just west of the Blue Devil Lagoon off of 4th and Lincoln Street.

It was re-painted and dedicated as a memorial in June of 2016. It’s open to the public daily, and closes at 10:00 pm along with all of our parks.

Ready for a competitive game of tennis? Our court at Batton Park is ready for you and your friends!

Find it off of 4th and Lincoln Street. They are available for daily-use to the public and close at 10:00pm along with all of our parks.

Our town has three baseball fields.